Here you find information about womens and girls cricket in some european countries as well as links to clubs and organisations with women’s cricket.

The DCB (Deutscher Cricket Bund) ist the national cricket federation. You find the DCB under www.cricket.de.
In Germany the women play in a small league. In the league typically regions (counties) play against each other, but clubs can compete as well if they have enough female players. The current german champion, West Germany, tries to defend the title in 2014.
The regions with most women cricketers are North Germany, West Germany and Bavaria. North Germany is the promising development region 2014. Also in Berlin more and more women play cricket.

There are many clubs where women are playing. These are the clubs with many women/girls:

The women’s officer for Germany is Monika Loveday. Please contact her for any questions via womensofficer (at) cricket.de

Hungary has a very talented, friendly and funny national team. 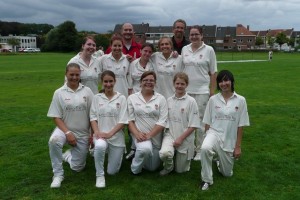 The Netherlands have a strong womens league.
The national squad plays in the ECB County Championship in England and plays in international tournaments like the ICC Women’s World Twenty20 Qualifier 2013.

The first women’s team in Norway began in 2005/06, after it has been several teams, but that has dropped due to a lack of female players.

2013 has been a big year for women cricket and now Norway has many girls teams. Søndre Nordstrand Princesses, Falken Girls, Veitvet Cricket Club and unregistered Ullernsaker Red Angels, all i Oslo area. This year Norway got the 2 first female Umpires in Level 1, and from befor has two women With Assistant trainer courses Level 1.
Norway arranged also their first women League this year, although it was only 3 teams participated.
We see a major development among girls and more girls want to get involved.  It looks like women cricket in Norway has come to stay.Søndre Nordstrand Princesses Cricket Club has been around for some years, but was first registered in 2013 with girls ages 16 and up. Teamleader: Camilla Haider, snprincesses@gmail.com.

Veitvet Cricket Club was established in May 2013. They have a girls team aged 15 years and a barnelag from 8-15år. Teamleader: Nasar Kabir, Smashersklubb@live.no.

Ullernsaker Red Angels is a team mixed with Young and adult players, but With big interest for cricket. Teamleader; Adil Hameed Qureshi